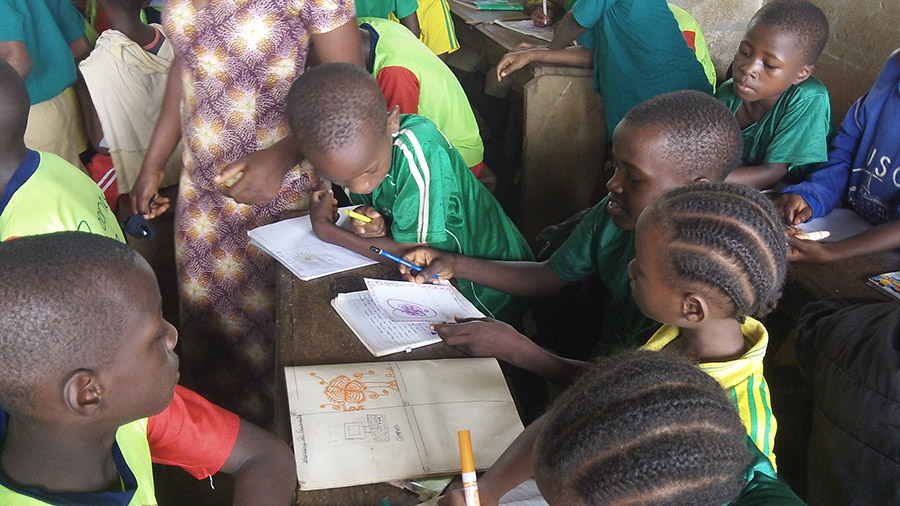 The “OGCEYOD – Falcons” is a project involving children from CBC Main Primary School in Limbe. They meet weekly, to learn about environmental, gender, health and hygiene issues and to play some fun team-building cooperative games. The project aims to sensitise children about important issues that have an impact on themselves and others around them, or that even have global consequences. One goal of the project is to provide a fun experience by doing so. The project takes education out of the classroom and puts it into real life, combining it with games and recreation. The cooperative games the children play strengthen their group dynamic and teach them teamwork.

The children of today are the adults of tomorrow. No matter what role they will play, they are the people who will form society in a couple of years. But they will be facing a large amount of problems produced by older generations. Some of which this generation may have already began to tackle. As adults it is our responsibility to prepare them for what it is coming at them in the future, and to educate them so they can pick up solving the current problems where we left off. Over the past years many environmental issues have evolved and even grown more and more problematic, having effects like for example climate change. Problems that are of environmental nature have global consequences. Because of this it is getting more and more important to educate children and youths on the environmental issues people are facing today and to make the efforts others are making to solve these problems visible to them. Gender equality and violence against women are also global issues. Teaching children about women’s rights and the importance of having respect for women and other people in general helps to build a new generation of young women and men who have the knowledge and sensibility to help end violence against women. Hygiene and sanitation are important topics that are directly linked to health. Sensitisation in these areas is crucial, as many diseases which affect people here are linked to hygiene conditions. An educated and sensitised youth is a healthy one. Last but not least, children need time for recreational activities.  A good balance between study-time and fun-time keeps them motivated and gives them the room to test their strengths and their weaknesses, to find out where their talents lie and to pursue them. It gives them room to develop and to become the people they truly are.

The “OGCEYOD – Falcons” group at CBC Main was launched in January 2014. After a seemingly endless discussion the group agreed to give themselves the name “Superkids”. They also came up with their own set of rules. The purpose of this was to make the children think about how an environment of mutual respect and solidarity should look like and how they want to be treated by others. Though the participation was high and they were very enthusiastic about this task, this undertaking cannot be described as a success. Rather than giving thought to what makes sense to them they seemed to automatically recite standard rules that they are used to from school, and that they have been taught are important rules. Having worked with these children for a longer period of time now, one task we will set ourselves in the future is to have them come up with a new set of rules, putting a stronger emphasis on what they think is right themselves, rather than what they have learned is right.

The topics that have been covered with the group so far concern the environment as well as gender issues and women’s rights. The Superkids are very enthusiastic about participating in discussion in all areas we have covered so far. And they really seem to think about the things we discuss with them. Often in the next session they will come back with questions they have thought about since the last session. They are already very fit on environmental issues. The topic of gender issues still leaves a lot room for sensitisation and discussion. Further, they have been learning the meanings of the words “freedom, friendship, justice, unity and peace” with the help of “The Mighty Song of Peace”. As enthusiastic as the Superkids are about discussion and the opportunity to speak their mind, there is no comparison to their excitement about singing, cooperative games and creative activities. They sing The Mighty Song of Peace and the Flower Song at the top of their lungs, and there are no words to describe their excitement for the cooperative games we play with them. Concentration and a quiet peaceful atmosphere almost instantly kicked in when they got the task of drawing Women’s Day cards for their mothers, grandmothers, sisters, or any other woman in their life they would want to honour on this day. Other topics that we have planned for them, but have yet to cover are health and hygiene, as well as some educational activities about women who had a great ideas, as well as Africans who have had an impact.

Though there is still room for discussion and more sensitisation in some areas, so far the progress of the programme can be evaluated as success. There have been lively and surprisingly controversial discussions about many different topics. The children are very excited about the chance to speak their mind. This shows that the ideas children have are not to be underestimated. It may be surprising what can come out of a child’s mouth when they get the chance to express their ideas. So watch out world! When these children grow up they are sure to have an impact on society. 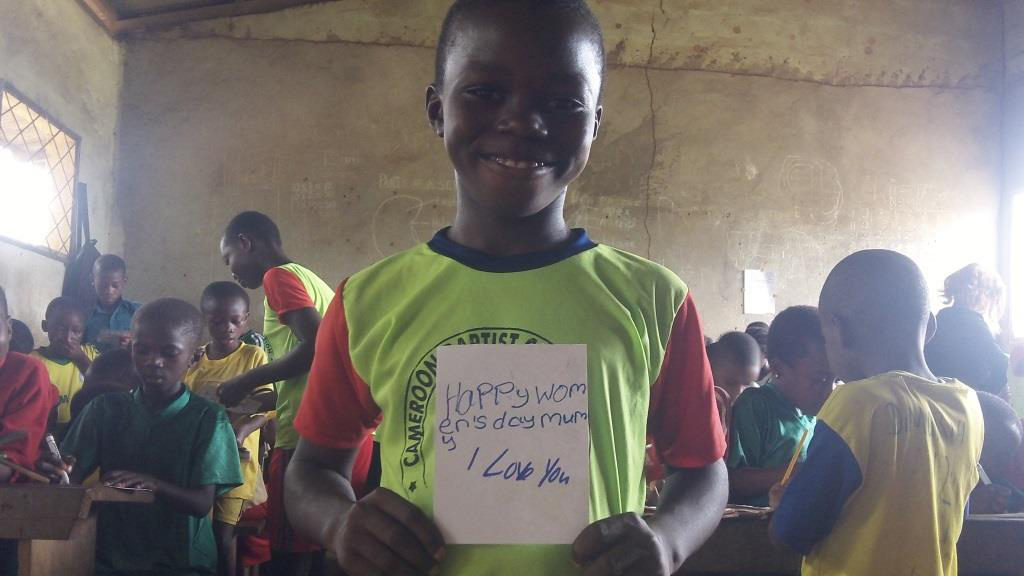 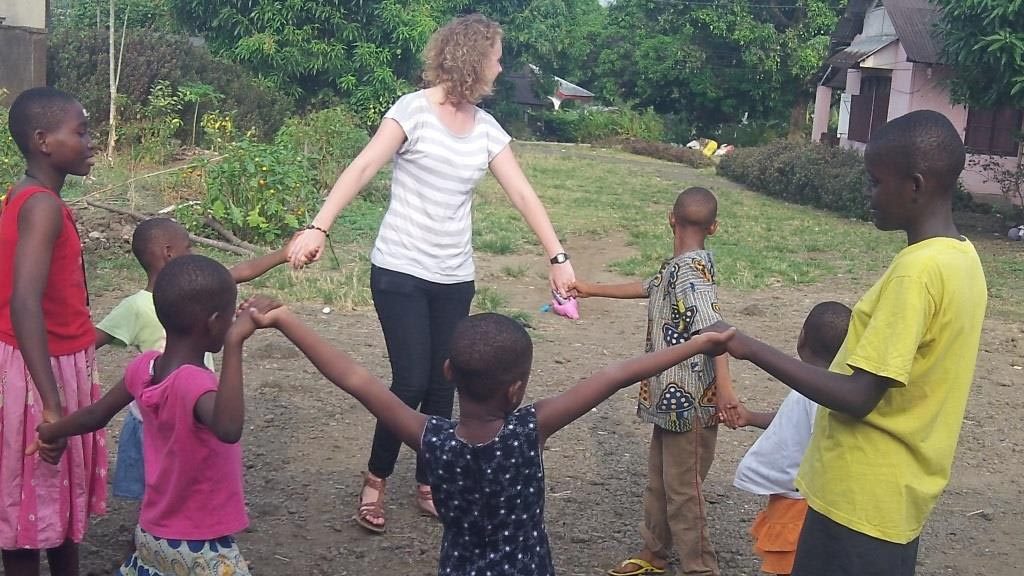 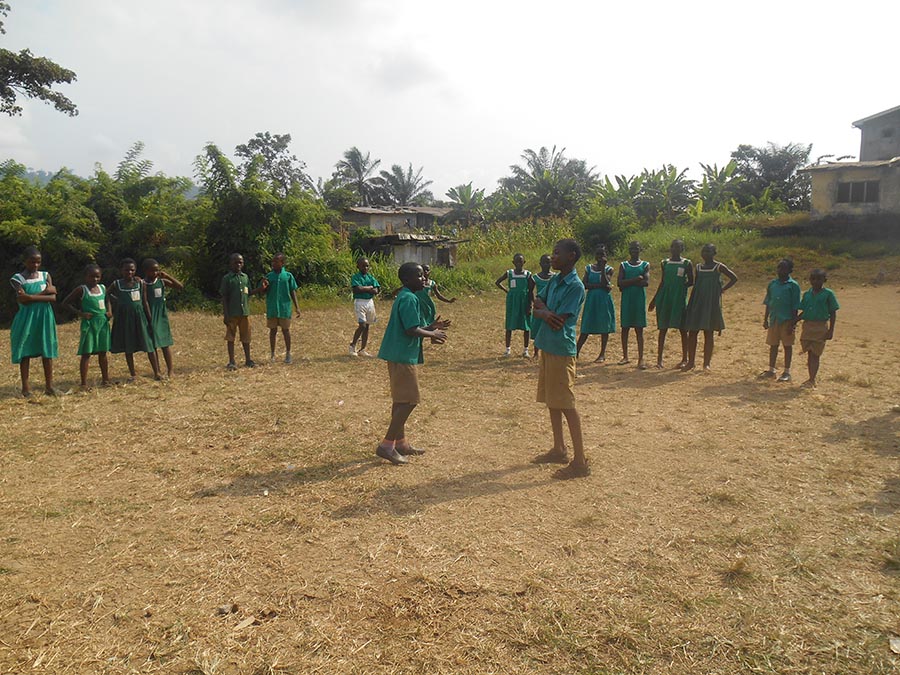 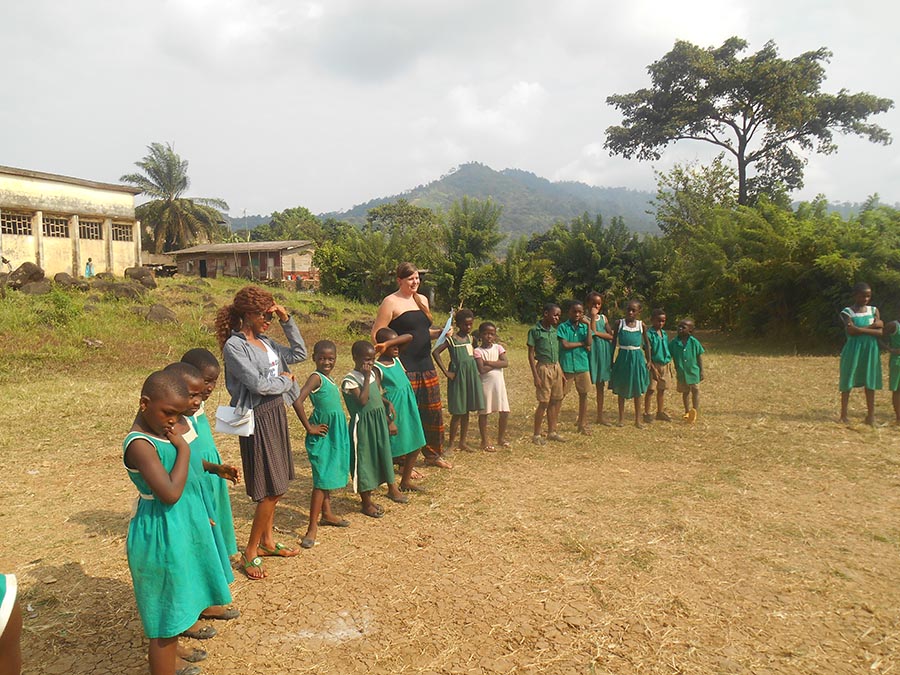 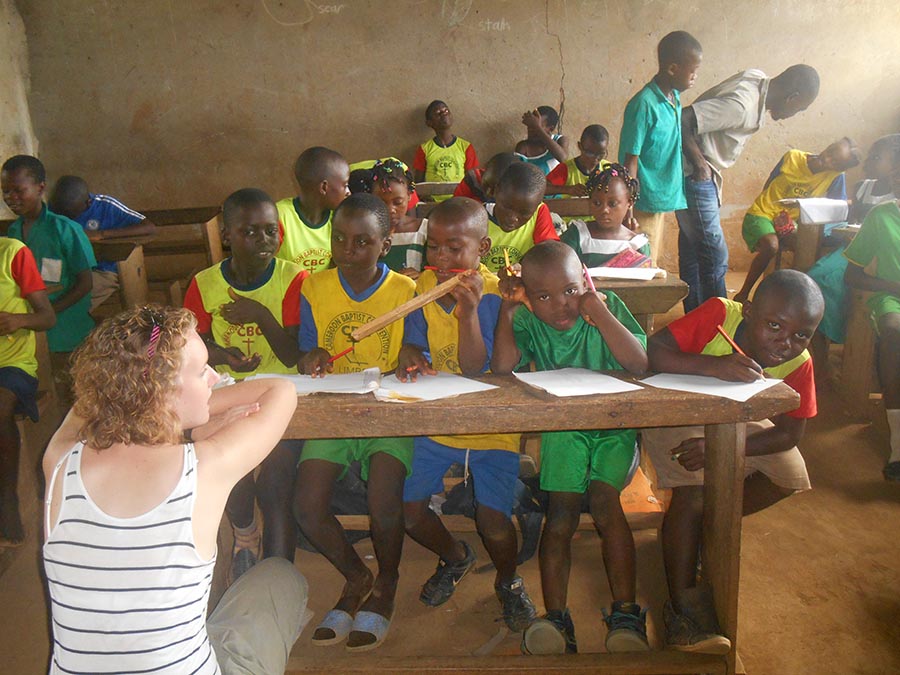 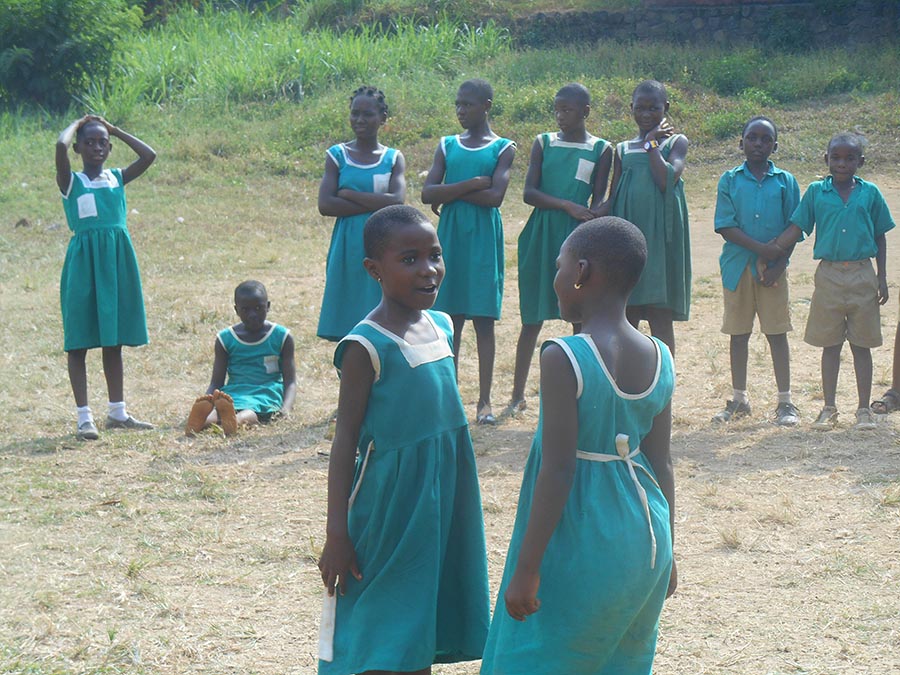 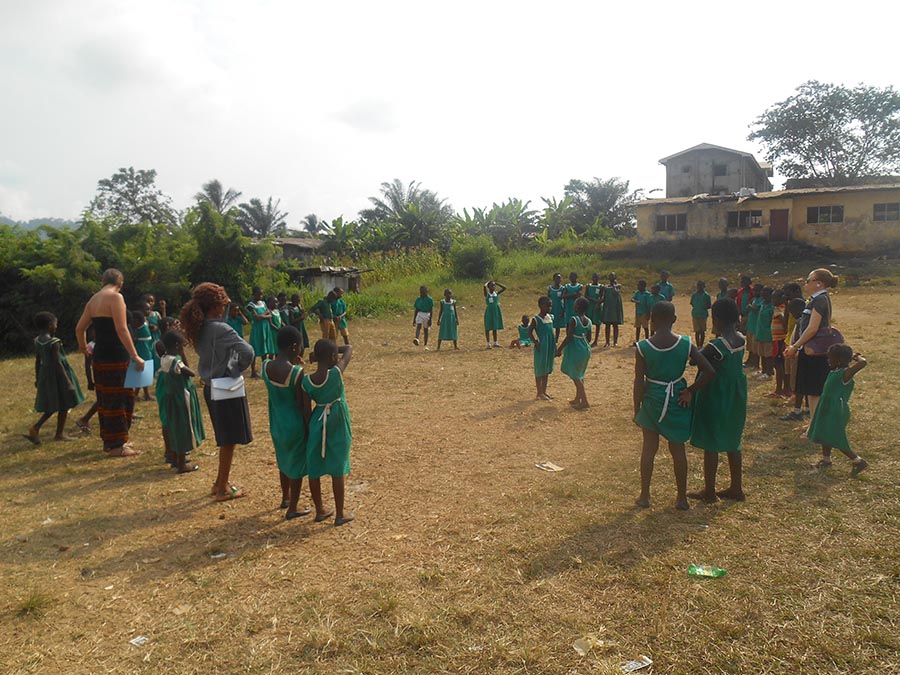 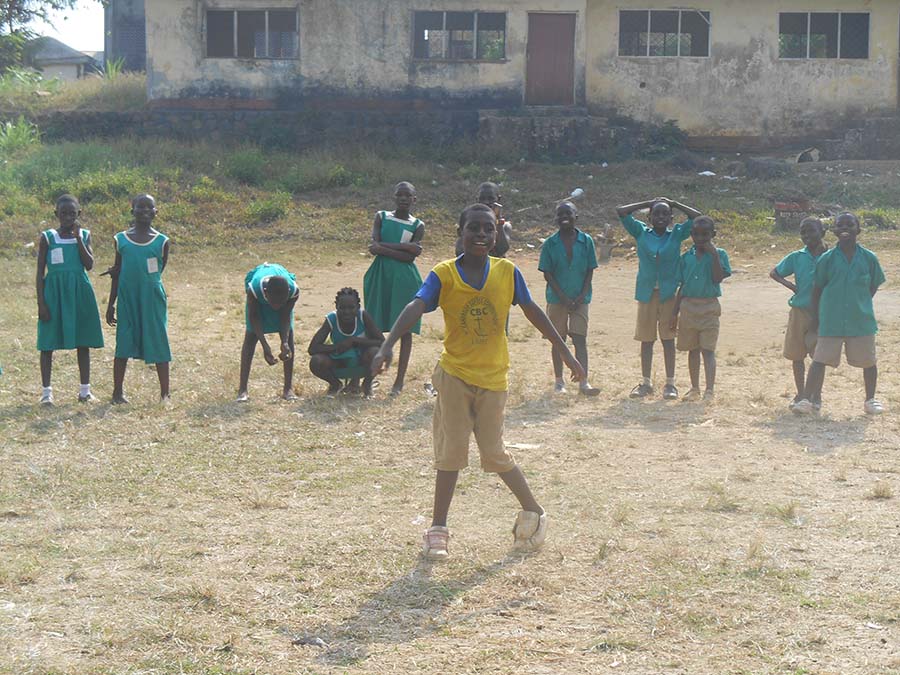 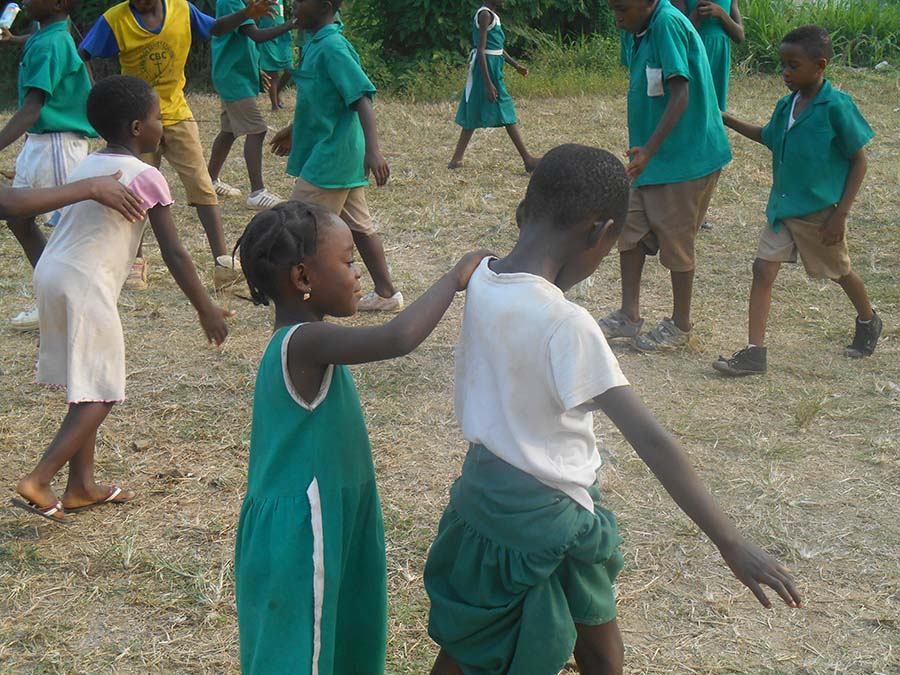 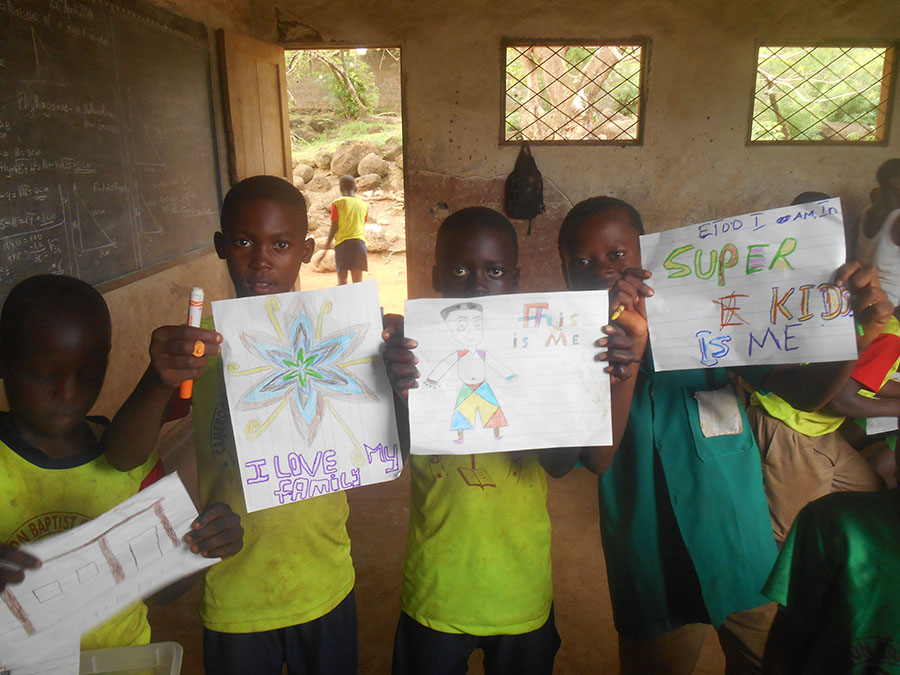 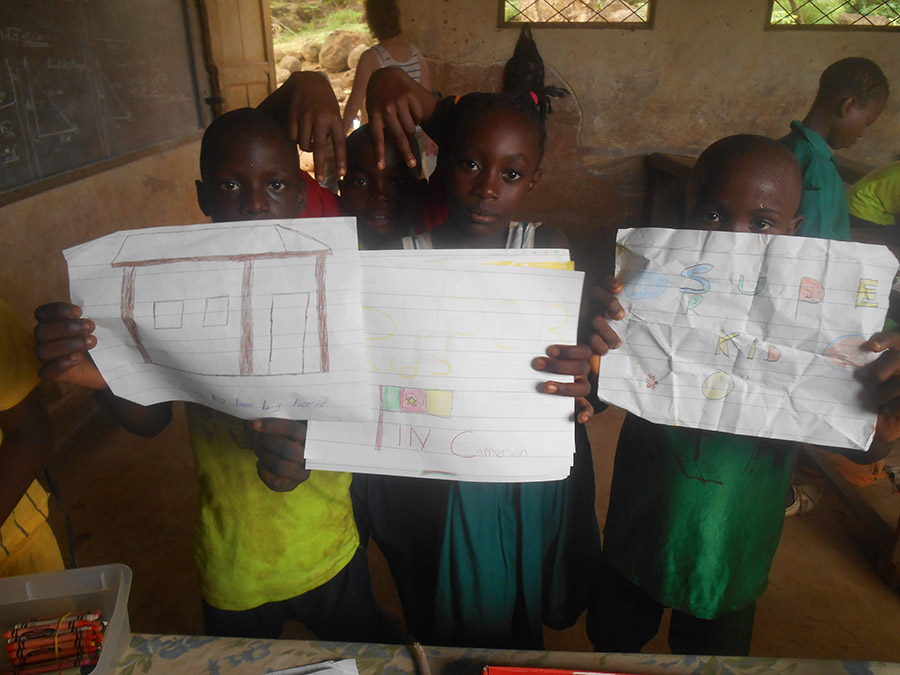 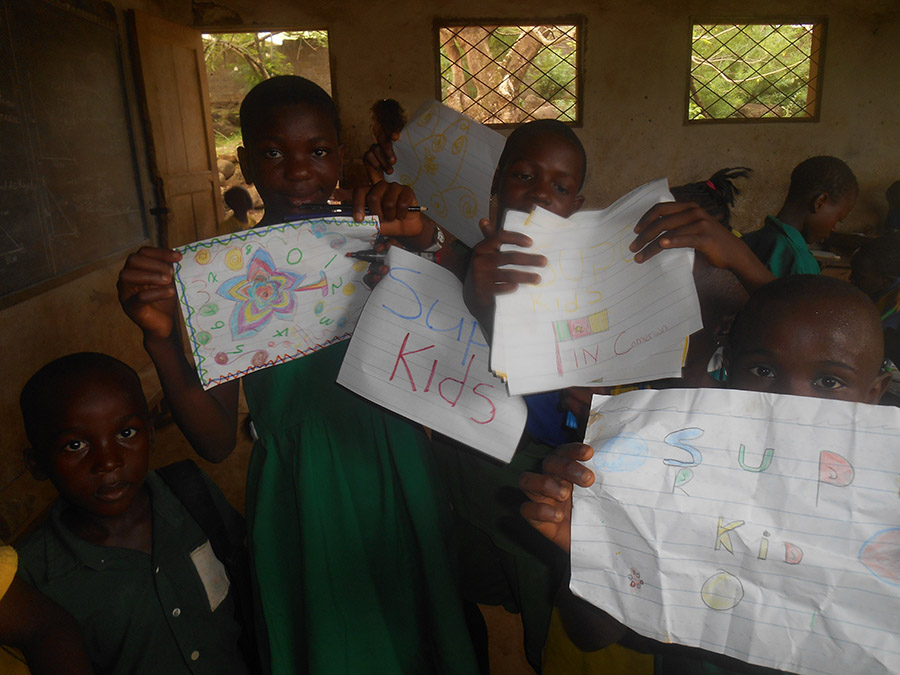