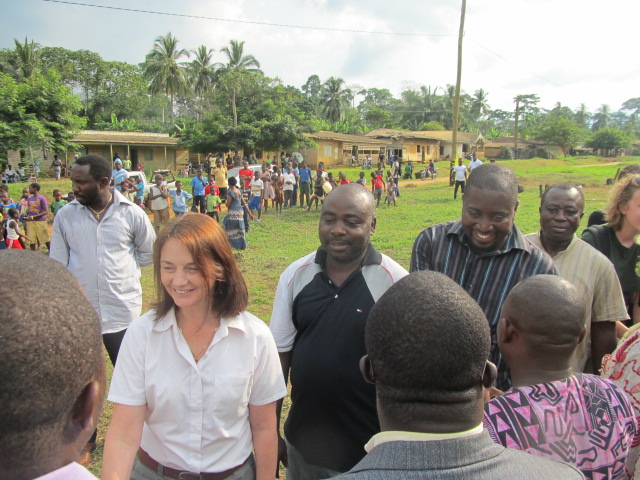 A two day workshop organized by the Organization for Gender, Civic Engagement and Youth Development (OGCEYOD) and funded by the British High Commission started on the 24th of September 2013 at Vianello Hotel, Kumba. Twenty-six representatives of Cooperatives and Common Initiative Groups (CIGs) were invited from cocoa producing regions of Cameroon to learn dialogue and network on a common platform with the purpose of sensitizing them on how to get a Fairtrade certification and its requirement so as to access the world market as Small Producer Organizations (SPOs).

The workshop started with an opening speech by the Executive Director of OGCEYOD Mr Elvis Wepngong, thanking the attendees and expressing his appreciation towards their presence at this workshop, giving a briefing on cocoa fair trade, the resolution of the workshop and its goals. A second speech was given by the Regional Delegate of Agriculture and Rural Development’s representative. He called on all a sundry to make adequate use of the knowledge they will be acquiring and not to sleep over what they have learn especially to upgrade on their cocoa quality and the use of the Fair trade system.

The Liaison Officer of Fair trade for Cameroon and Mali Mr Colbert Sagne started with the first presentation on “Fair Trade System”. He threw light on the following: FLO Vision and mission, actors in the fair trade system, fair trade members, overall fair trade system and fair trade cooperatives. Followed was the second presentation on the theme “Benefits of Fair trade”. The facilitator dealt on the following except; before certification, producer service support, producer certification fund, review of fair trade market prices, benefit of the premium and fair trade Africa.

At 2:00 pm the third presentation began still by Mr Colbert Sagne with theme “The Producer Certification Fund”. Here, the participants were taught on the eligibility criteria for applicants, PCF fund, overview of PCF granted in 2012/2013, standard operating producers for PCF, needed information on application form when to apply and unsuccessful applicant. The last presentation of the day started at exactly 16:00 on the topic “Production, Treatment and Exportation of Certified Cocoa by KONAFCOOP”.

Day two of the training started at 8:22am. Mr Colbert Sagne at exactly 9:05 am took off with the first presentation of the day on the topic “Fair trade Requirements”. He dwells on fair trade standards, generic standard, specific standard, general requirement and trade requirement. This was followed by further explanations on how products can be separated through traceability, about farmers checking on the internet for the substances which are not permitted for usage on cocoa farms and how to identify the fake ones .The facilitator Mr Colbert Sagne continued with the second presentation on the topic “Child Labour and Child Protection”. The participants were enlightened on what exactly child abuse was and the different criteria that embody this subject, such as why do children work? Child labour in Cameroon, UN Convention on child rights, fair trade and child labour, child protection and fair trade and child protection.

The last presentation was on the topic “Fair trade Certification Cost and Procedure” This being the last presentation, the session continued with the division of the participants into four groups. The presentations began with the presentation by group four which worked on the topic of “Recommendations for a way forward” which also served as resolutions. Next was group 3 on “An outline on the challenges in the entire certification system”. Group two’s presentation was “To enlist the required documents to apply for a FLO-CERT fund”. And finally group one presented on “Articulate the steps in acquiring a Fair trade Certification”.

An appraisal was given on behalf of the participants on their gratitude concerning the training workshop by Chief Motto Divine.

The workshop then received an official closing with a word from the Executive Director of OGCEYOD Mr Elvis Wepngong. He expressed the ambitions of the organisation towards the cooperatives, the projects on which they are presently working on that are in this same light and the efforts the farmers will have to make as this will require participation from both parties. He ended by thanking them for their participation and wished them farewell.

On the 22nd November 2013, volunteers and staff from OGCEYOD visited the village of Bai Manya, a village close to Kumba in the South West Region of Cameroon. The purpose of the visit was the official opening of a cocoa oven in the village. The project was sponsored by the British High Commission and overseen by OGCEYOD. A cocoa oven was built in Bai Manya so that the quality of cocoa could be improved to meet international standards, therefore benefitting inhabitants of Bai Manya and surrounding villages. The oven that was constructed was designed to make the cocoa produced fairtrade certified which means that those producing cocoa in the area will be paid a fair wage for their labour. Therefore, the village and the wider community will be able to greatly benefit from the construction of the oven. 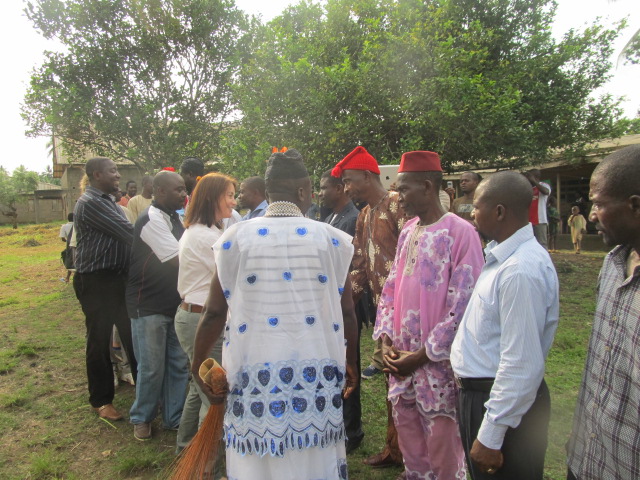 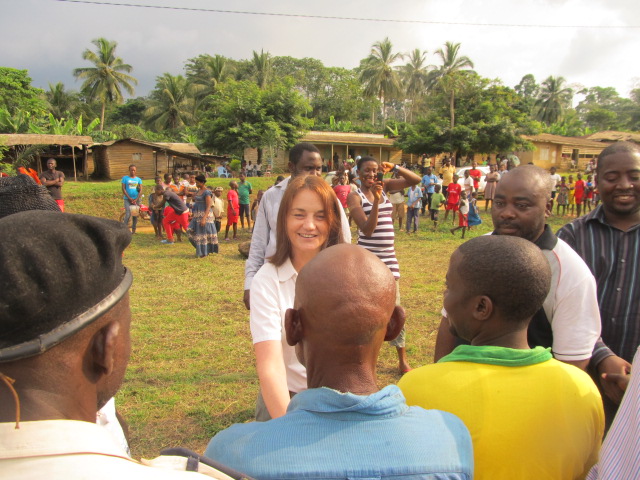 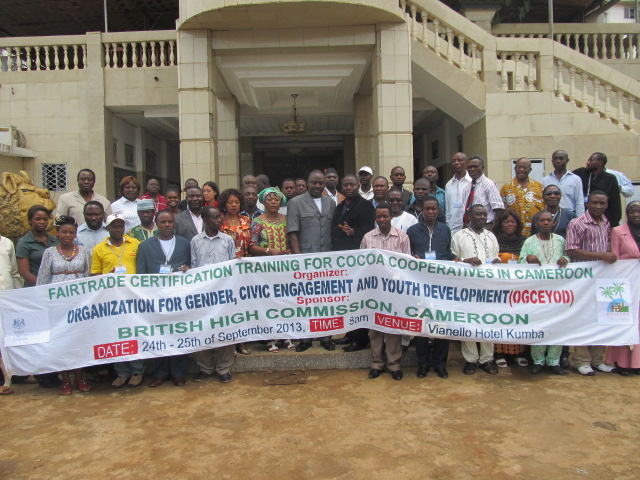 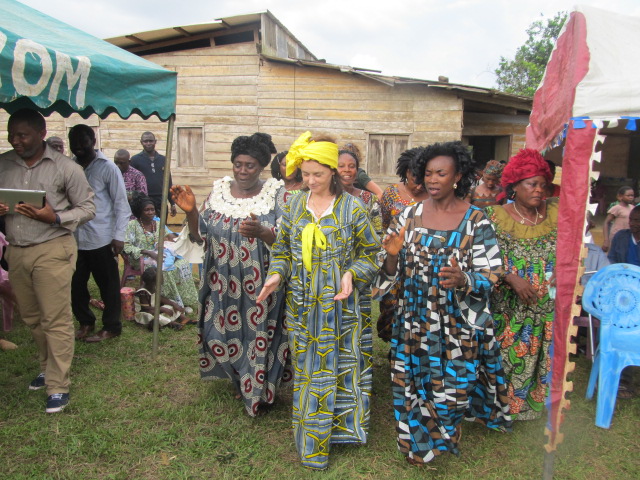 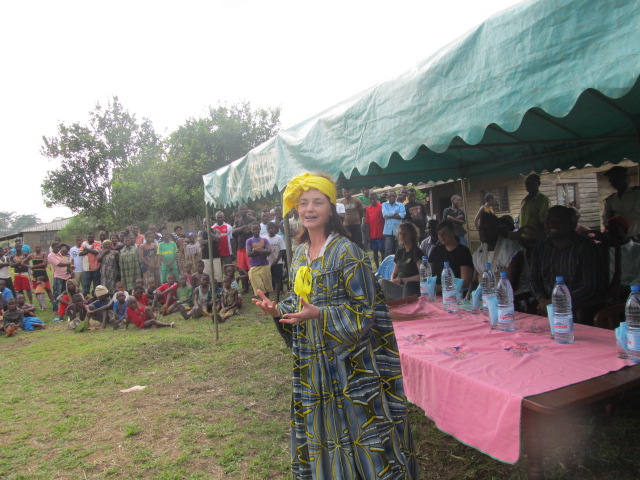 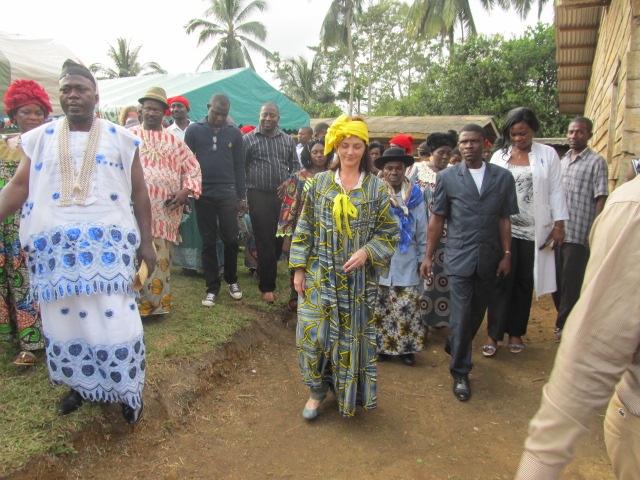 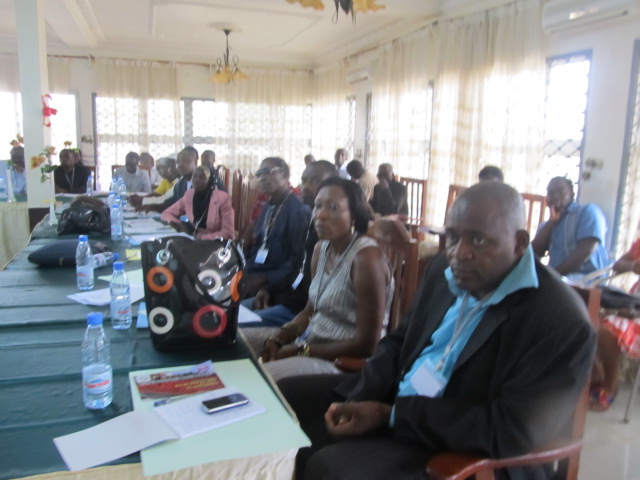